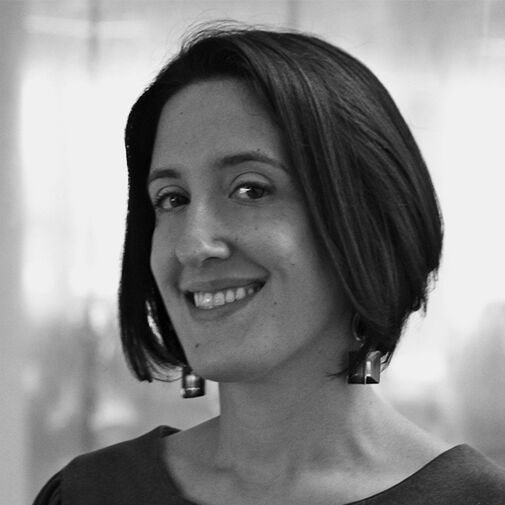 Amanda Fève is a partner and Chief Strategy Officer at Anomaly Amsterdam, where she partners with clients to define how brands communicate and behave to unlock growth in an increasingly complicated and cluttered world. Since joining Anomaly in 2012, Amanda has led the strategic thinking on clients including Converse, Johnnie Walker, T-Mobile and IKEA.

Amanda started her career in New York at the height of the dot-com boom, spent seven years in London expanding her Franco-American worldview, and put down firm roots in Europe when she moved to Amsterdam in 2010. In her time at JWT, BBH, and Wieden & Kennedy, she has helped create campaigns for every continent but Antarctica for clients such as Coca-Cola, Barclaycard, Vodafone, Domino's Pizza, Diesel, Kellogg's, Kleenex, Unilever, KFC, Listerine, Tanqueray, and more, picking up some lions, pencils and other prizes along the way. She is a strong proponent of effectiveness, having won an IPA Effectiveness award and helped BBH to win IPA Effectiveness Agency of the Year (2008) and APG Strategy Agency of the Year (2009). And she is an avowed nerd, who thrives on the endless opportunities for learning that a career in strategy creates.